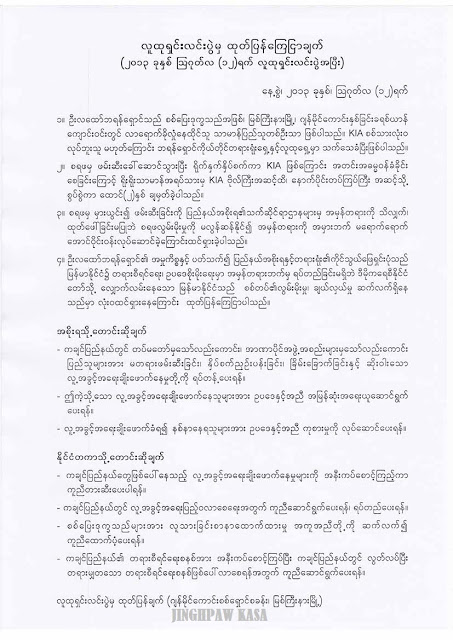 4. Kachin state government and state court verdict on Lahtaw Brang Shawng case clearly  show  although country was moving for democracy Burma's judicial system and rule of law are not based on truth, still under the influence and control of Military as before.

Recommendation To Government
-To stop serious violation of human rights, arbitrary arrestment, torturing, intimidating of  civilian  by both TatMadaw and authority.
-To take immediate action upon such human rights violation.
-Rehabilitate and compensate according to law for those who had affected by violation.